James Dean and the Porsche Spyder 550

Written on Wednesday, 27 May 2020 in Interviews and publications 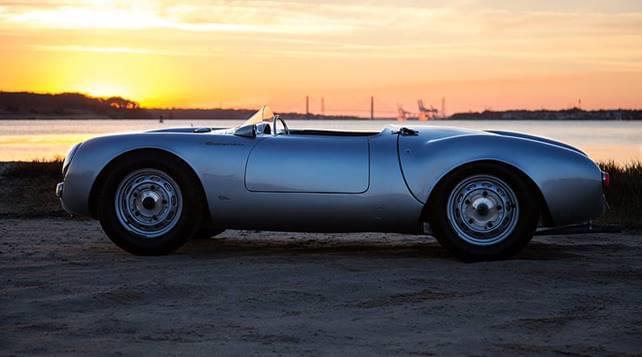 James Dean said that the only time he really felt alive was when he was racing. It was this passion for speed that carried him away on September 30, 1955, just 24 years old, behind the wheel of his Porsche Spyder 550 near Cholame in California. He was only on his way to a race a few days after picking up the car from the dealer.

This month we want to tell you the story of the Porsche Spyder 550 that Dean had affectionately called "Little Bastard" because of its amazing performance. This car was exceptionally light for the canons of the time, only 590 kg and very fast. In fact, it reached around 220 km/h and had a unique power to weight ratio. The model was introduced at the 1953 Paris Auto Show. The tubular frame and the 4-cylinder 1,498 cc engine allowed it to deliver around 112 HP which could be increased up to 180 through revisions. 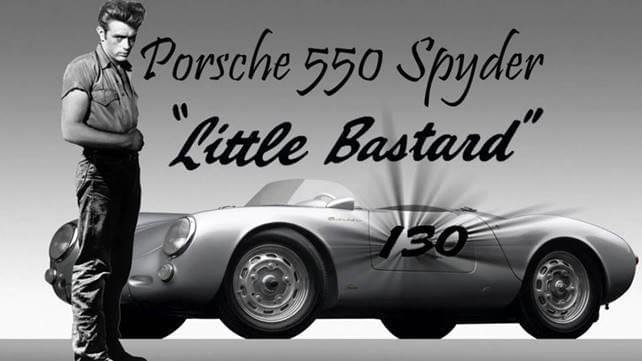 Dean subsequently placed his Little Bastard in the hands of a customisation wizard, George Barris, the father of the Batmobile, who increased the power of his Spyder 550. The wreckage was later purchased by Barris himself, but as he was loading it onto the truck trailer, the car fell injuring a mechanic. There are countless stories about the mystery that surrounds this car and we don't even know exactly where the remains that have passed through the hands of various collectors over 60 years are now.

The Porsche Spyder 550 successfully participated in top level competitions such as the Carrera Panamericana and the Targa Florio.
This month we want to combine this Porsche masterpiece with the DEA AR-903.011 composition whose grey handles and shutters recall the livery of the legendary Porsche Spyder 550. 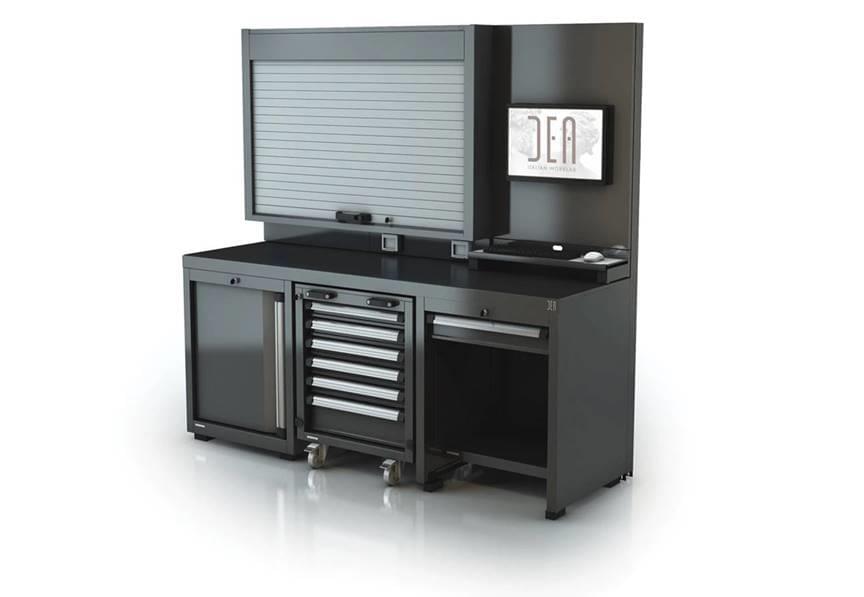 The composition consists of an AR-018.10 cabinet module, an AR-131.10 tool trolley, a workbench with AR-268.10 drawer, a module with automatic shutter to store tools 014.03 and an AR-SP078 PC module .Compactness and ease of use make it an all-in-one tool to manage the mechanics area of any workshop.